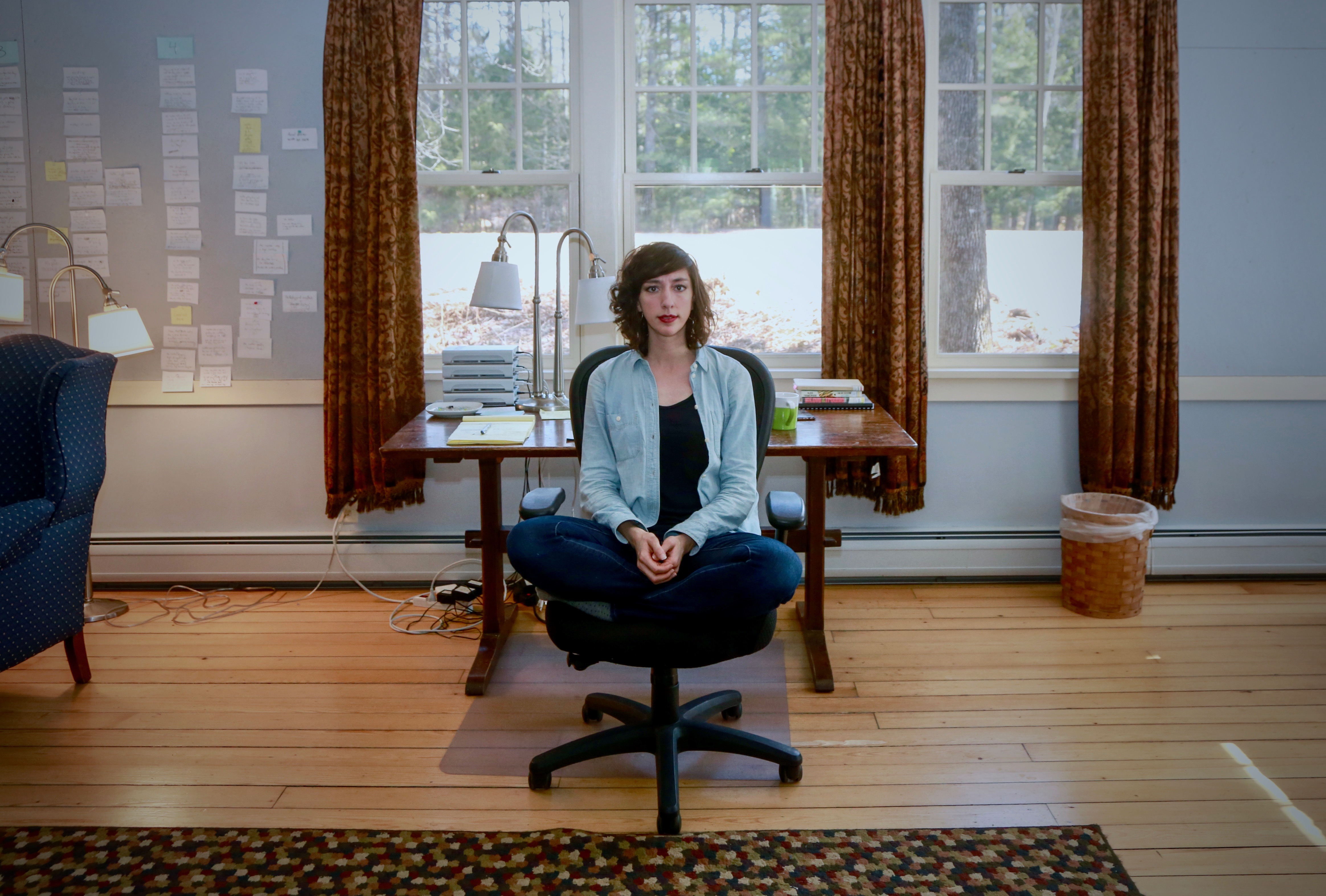 Lana Wilson is an Emmy-winning and two-time Spirit Award-nominated writer and director.

Her most recent film, the Taylor Swift documentary Miss Americana, was the opening night film of the 2020 Sundance Film Festival and is a Netflix Original. Miss Americana was a New York Times Critic’s Pick, an IndieWire Critic’s Pick, and is “Certified Fresh” on Rotten Tomoatoes. It was named one of the five best documentaries of the year by the National Board of Review.

Wilson’s previous film, The Departure, about a punk-turned-priest in Japan, was critically acclaimed for being a poetic, profound, and moving exploration of what makes life worth living. The Departure premiered at the Tribeca Film Festival in 2017, played at festivals around the world, and was nominated for the 2018 Independent Spirit Award for Best Documentary.

The Departure was called “A work of art” by the San Francisco Chronicle, “A genuinely spiritual experience” by the Washington Post, and “Tender and moving…like a haiku” by the New York Times. The film was acquired by FilmRise and theatrically released in 30 US cities, beginning with a held-over run at New York’s Metrograph. In 2018 it was nationally broadcast on PBS’s DocWorld. The Departure has a rare 100% rating on Rotten Tomatoes, indicating “universal acclaim.”

Wilson’s first film, After Tiller (2013), goes inside the lives of the four most-targeted abortion providers in the country, taking a powerful and complex look at one of the most incendiary issues of our time. After Tiller premiered at the 2013 Sundance Film Festival, and went on to win an Emmy Award for Best Documentary. It was also nominated for the Independent Spirit Award for Best Documentary, four Cinema Eye Honors, a Satellite Award, and the Ridenhour Prize.

After Tiller was acquired by Oscilloscope and released in theaters in 50 US cities. The film was named one of the five best documentaries of the year by the National Board of Review, and featured in “Best of 2013” lists in the LA Times, Village Voice, Indiewire, Artforum, and more. Flavorwire named it one of the “50 Best Documentaries of All Time.” It played at film festivals around the world, where it won awards including the Documentary Jury Prize at the Sarasota Film Festival and the Human Rights Award at Full Frame. In 2014 it was nationally broadcast on the acclaimed PBS documentary series POV.

Wilson also works in episodic and short-form filmmaking. She created and directed A Cure for Fear, a web series that was nominated for the 2019 International Documentary Association Award for Best Short-Form Series. Commissioned by First Look Media and Topic, A Cure for Fear premiered at the Camden International Film Festival in 2018 and screened at festivals including SXSW in 2019. Wilson also directed two episodes of the Loki Films production Mind/Trip, and wrote the premiere episode of the National Geographic miniseries I Am Rebel (2016).

Wilson is a member of the Academy of Motion Picture Arts and Sciences. She has been a featured guest on NPR’s The Takeaway, WNYC, MSNBC, Huffington Post Live, Democracy Now, and many other programs. She has given talks at a range of contemporary art and film institutions and has been awarded artist fellowships from the Sundance Institute, MacDowell, Yaddo, and Film Independent. Wilson was named to DOC NYC’s inaugural “40 Under 40” list and is a recipient of the 2019 Chicken & Egg Award. Wilson regularly teaches master classes and workshops at UnionDocs and was a Visiting Assistant Professor at Pratt Institute.

Wilson’s work has been supported by the Sundance Documentary Fund, the Tribeca Film Institute, ITVS, the Bertha Foundation, Artemis Rising Foundation, the Educational Foundation of America, Chicken & Egg Pictures, the International Documentary Association, Candescent Films, Women in Film, the Independent Feature Project, Film Independent, and the New York State Council on the Arts, among other institutions.

Previously, Wilson was the Film and Dance Curator at Performa, the New York biennial of new visual art performance. She holds a BA in Film Studies and Dance from Wesleyan University, where she graduated with honors.